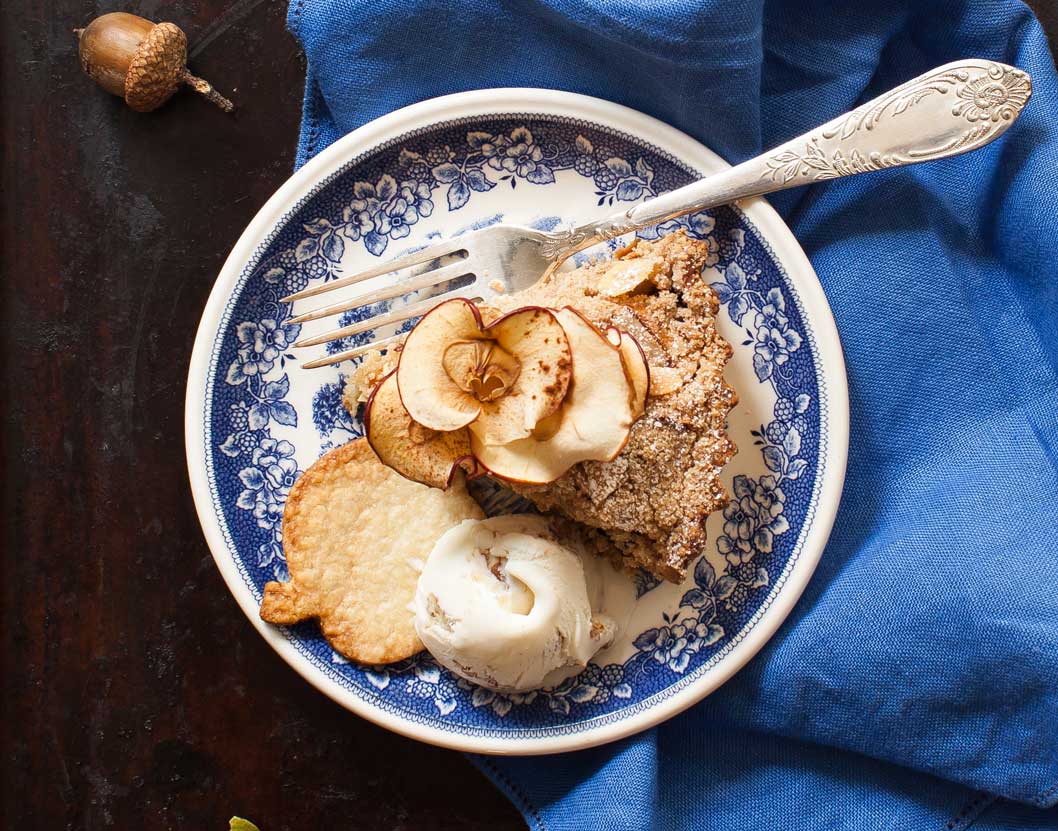 We’re heading into hibernation with big appetites and familiar cravings.

Recipes and photography by Yelena Strokin

The return to cool days and cold nights sparks a hunger that almost feels insatiable. Overnight, we find ourselves craving the kind of hearty meals that are going to anchor us to the dinner table for a couple hours at a time and leave us not just full but warmed, too. Once the holidays pass, it won’t be long before we’ll start to feel boxed in by root veggies. But, for now, the scent of roasting meats and baking desserts smells like the start of a cozy new existence.

• Place the lamb in a glass baking dish.

• In a bowl, mix together the vegetable oil, wine, garlic, rosemary, onion, salt and pepper, then pour it over the lamb. Move the lamb to the refrigerator to marinate for anywhere from three hours to overnight (the longer the better), turning it occasionally.

• Move the lamb to a rack in a roasting pan and add half of the marinade. Roast it for about two hours, or until the lamb becomes tender. An hour in, add the potatoes and the turnips, along with the remaining marinade. Baste the lamb frequently.

• Place the lamb and the veggies on a hot serving platter and let them stand for 10 minutes before carving.

• In a small bowl, mix together three tablespoons of the olive oil with the cinnamon, paprika and salt and pepper. Brush the cut sides of the squash with the mixture. Then place the squash, cut side down, on two baking sheets and roast until they begin to tenderize, about 25 minutes.

• Meanwhile, in a large skillet, heat the remaining olive oil over a medium heat. Then add the onion, carrot and mushrooms. Stirring occasionally, cook until softened, about five to eight minutes. Season with salt and pepper.

• Turn the squash cut side up. Spoon the onions, carrots and mushrooms into the cavities, top with a few crumbles of bleu cheese, then return the squash to the oven until the stuffing turns golden brown, 15 to 20 minutes.

• Transfer to plates, garnish with sage and serve hot.

A couple of notes: Don’t add sugar to the apples. It’ll draw all of the liquid out of them. There will be plenty of sweetness in the pastry. And, if the tart seems too full after adding the apple slices, it’s OK; they’ll shrink as they bake.

For the chips
1-2 apples
Cinnamon

• Cut the apples into eighth-inch-thick slices with a mandolin. Then, arrange the slices in a single layer across a parchment-lined, rimmed baking sheet. Sprinkle the cinnamon evenly.

• Bake in the bottom third of the oven until the apples are dry and crisp, about an hour to an hour-and-a-half. Then, let them cool completely.

The pastry and the topping

• Add the flour to a food processor or a mixing bowl, fold in the butter and mix until it takes on the consistency of fine breadcrumbs. Then, stir in the almonds and sugar. Separately, whisk the yolk with the water and almond extract, then add it to the food processor/mixing bowl. The dough should now be soft and pliable. Knead it until becomes smooth, then wrap it in clear film and leave it in a cool place for 20 minutes.

• In the meantime, make the topping. In a large bowl, sift the flour and the mixed spice. Knead in the butter, then stir in the sugar and almond slices.

• Roll out the pastry on a lightly floured counter. Then, line a quiche dish with it, taking care to press it into the nooks and form a lip over the top edge. Use a rolling pin to trim off the excess. Then, stick it in the refrigerator for 15 minutes.

• Put a baking sheet in the oven and preheat it to 375 degrees.

• Peel, core and thinly slice the cooking apples. Then arrange them in the quiche dish, overlapping, in concentric circles, doming in the center. Top with the raisins, then, with light pressure, the topping mixture.

• Place the quiche dish on the hot baking sheet and bake until the top of the tart turns golden brown and the apples, tender, about 30 minutes. (Test them with a fine-gauge skewer.)

• Let the tart stand for 10 minutes. Dust with the confectioner’s sugar and serve warm.

I’m a brown-spirits guy. But this summer, I began exploring the suddenly-evolving world of gin. Gone are the days when the juniper-heavy London dry style was about the extent of your options. Now, they come in so many unique varieties, it hardly seems right to refer to them all simply as gin. Among the most intriguing is this series of four, small-batch, seasonal gins being made right in our own backyard, at Brandywine Branch Distillers in Chester County. Each kind is infused with its own unique blend of botanicals and spices that plays to the season. Harvest Expression, out now, bears the essence of orange and clove. Solstice Expression marries dried cherry, anise, orange peel and ginger. If you left the gin and tonic behind with your white jeans, it’s time to reconsider. 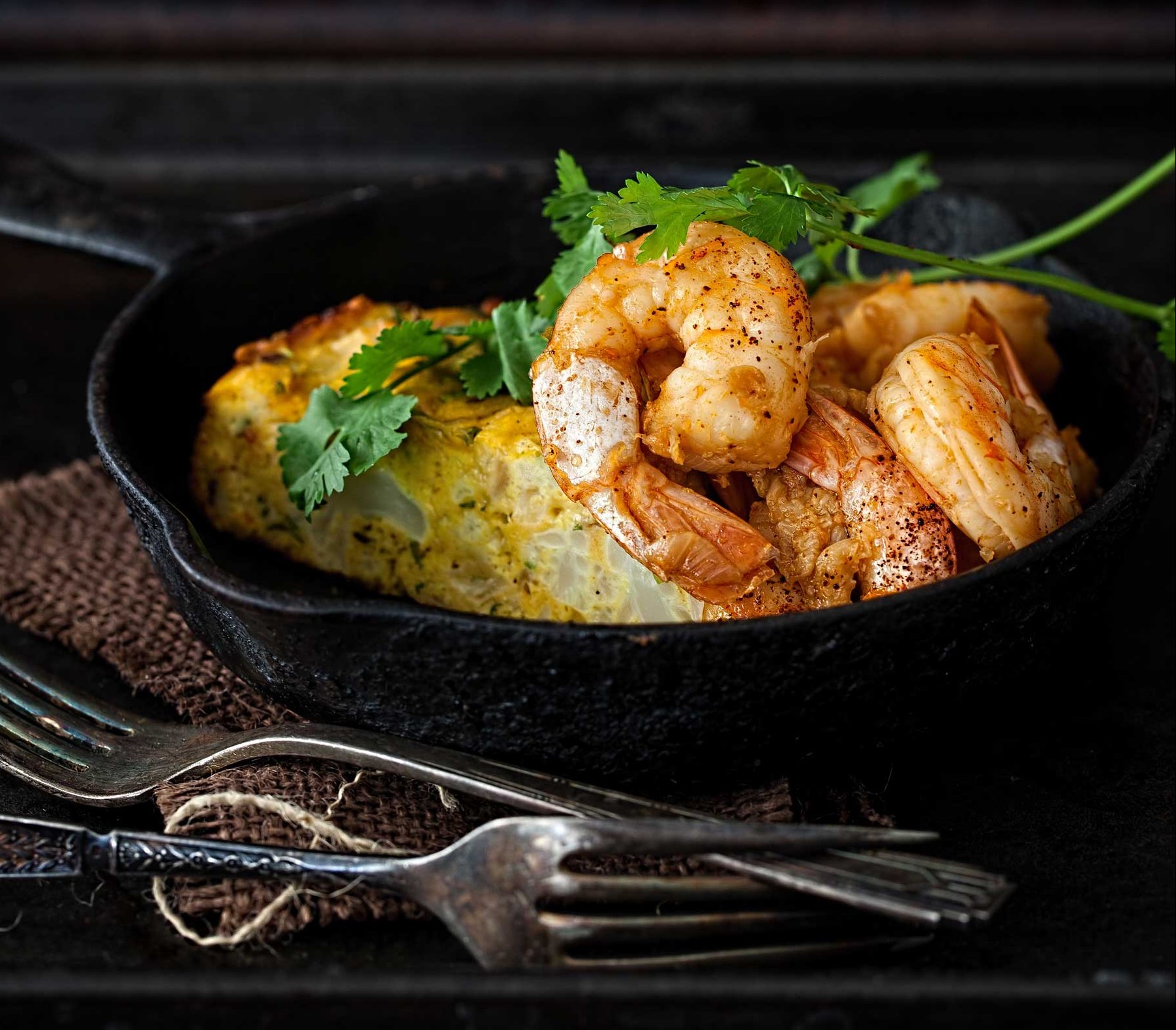 For the Love of Tradition