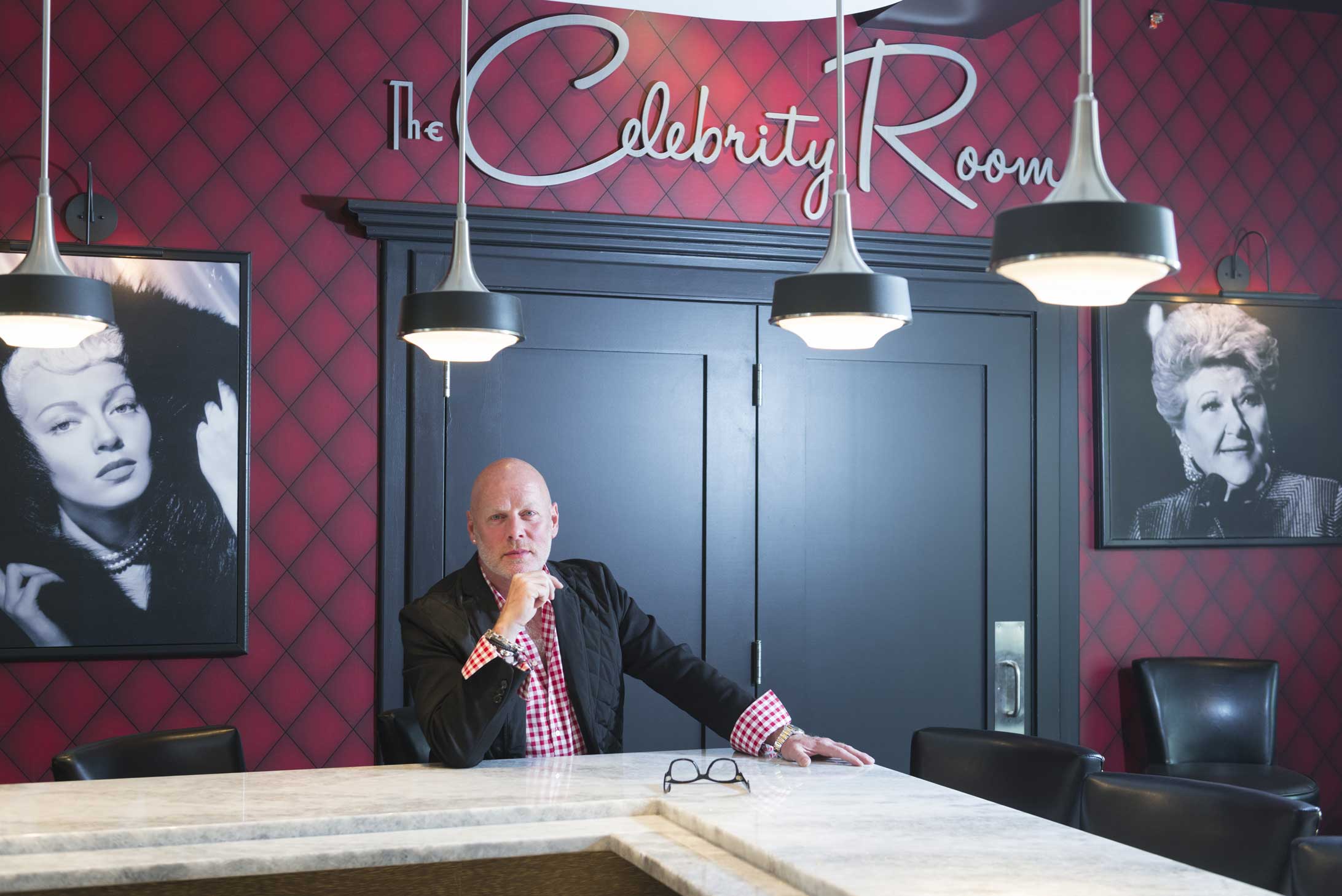 We know you’re eyeing up a whole lot of nothing, whether it be by the pool or the ocean, but there’s a lot that’s about to go down. We’re not saying that you need to be there for all of it (for now), but you should at least get to know the major players so that you can hit the ground running once you return your lounge chair to its upright position.
Portfolio by Scott Edwards

The brimming displays of the N3rd Collective.

The Selvedge Yard is distinctly cooler than I am, but I still felt a kinship with every inch of its 600 square feet from the first time I lingered within its walls—the Conrad Leach iconography prints, the midcentury blueprints doubling as wallpaper, the Silver Piston Indian Head pendant and chain, the red button-down made from shop-rag fabric that Ash pulls down and holds up close so I can appreciate the stitching, which is done by a 1930s Merrow sewing machine—and the $175 price tag.
The shop opened last summer, but it was an illustrated lifestyle before that. Ash’s husband, JP, has worked in all facets of fashion. Seven years back, looking for a creative outlet beyond his work, JP started The Selvedge Yard, the blog, with the intent to become the Internet’s denim aficionado. “And I got bored shitless within like three weeks,” he says. So he grew his scope and latched onto something more intimate—“All the things,” he says, “that have turned me on throughout my life, that make me who I am.” Which, of course, distinguishes him from none of the countless other bloggers. What does: “I grew up in a house with Harleys, and pot and dobermans. And a lot of the icons for me, growing up, were Evil Knievel, and Jungle Pam and Linda Vaughn. Even Fonzie.” Straightaway, there was a connection.
JP and Ash are big on community. They live in New Hope, too, and like to refer their customers to their favorite spots around town. When they opened the shop, they called upon their massive online community, as they refer to it, filled with artisan designers, to help them stock it.
“I look around and I don’t see just product,” JP says. “I see people’s faces, I see relationships.”
And just as JP’s life has grown to encompass Ash, they’ve begun to incorporate women’s clothing into The Selvedge Yard. Now that they’re both getting what they need out of the shop, you and your other half can too.

Beneath the charcoal and chocolate surfaces, the red wallpaper that looks like tufted leather, the shimmering chandeliers and the larger-than-life portraits of Jane Russell and Jean Harlow, beneath the $1.5 million-, yearlong-renovation, Dino’s Backstage & The Celebrity Room comes down to pure devotion.
When Michael and Dino got together 18 years ago, both were scraping bottom. Michael had just closed his shop and Dino lost his restaurant. Slowly, they began to lift each other up. Dino got a corporate job. But Michael was never going to abandon his singing. In time, Dino came to realize that his love of Michael would lead him back to the unthinkable. This won’t be his restaurant, though. It’ll be theirs.
 “We’re taking a leap of faith here,” Dino says. “If it doesn’t work, it doesn’t really matter because we still have each other.”
“I love the sentiment of that,” Michael counters. “But I’ve never been so sure of something.”
When it opens in early June, Dino’s will be an entirely unique breed, a midcentury-era supper club, complete with a decadent dining room and a seductive cabaret lounge. “I’m sort of thinking, like, 1948,” Michael says. “Why, in my mind, 1948, I’m not quite sure.” Either way, it’s meant to invoke a day when going out was an indulgent affair, when all involved, right down to the hosts, could exit the grind and slip into a virtual reality where anything felt possible for a few hours. And usually was.

Cassel’s been picking for several years now. She knows where to look and when. And on a typical haul, she figures that 20 percent is exceptional. The rest is passable. She was selling the exceptional stuff before she could unload it from the truck and move it into her Old City shop, Scout Salvage & Vintage Rescue. Granted, it was a good problem to have, but it was still a problem. Sometimes it wouldn’t even make it that far. She’d snap a pic of her find onsite and post it to Instagram, where it was almost always snatched up before she made it back.
So Cassel grew her ranks. She rounded up some friends from The Clover Market, where she also sold, and together, last October, they opened the N3rd Collective in her old storefront. She describes it as “part-boutique co-op, part-small business incubator.”
 As the collective took off, Cassel, five months pregnant when it launched, had her first child. And she happened upon her next frontier in the process: Baby Scout. We talked in early May, while her son napped. The concept was just taking root then. She’d decorated his nursery, floor to ceiling, in vintage Sesame Street, and a new world exposed itself: kid-friendly vintage. “He has some really funny vintage T-shirts that are waiting for him to grow a little bit bigger,” she says, with a laugh.
Cassel envisions everything from clothing to bedroom furniture, functional as it is fashionable, as has become Scout’s reputation, comprising the collection, which she’ll sell online. That’s likely the direction for Scout too. By the time you read this, Scout will likely be gone from the collective. It’ll live on, fear not. But she’s a mom now, and time is fleeting.

The last 18 months have been a rollercoaster for Bloom. On the breakneck descents, she screams to get off. But once she’s safely stowed back in the bay, she steels herself to go again. And again.
“The last year has been a great year for me as far as attention goes with work,” Bloom says. “It’s also been, like, emotionally, the worst year of my life. It’s a very interesting dynamic.”
The onslaught of attention started with a two-minute profile in a documentary series called Wastelands. It posted on a Thursday night in January 2015, and by midday the next day, The Huffington Post and The Daily Mail had requested interviews. Before the year was out, Bloom was named Philadelphia magazine’s favorite visual artist and one of the “28 Badass Women You Should Be Following On Instagram.”
What drew them to her: Self-portraits that are, at turns, vulnerable, dark, funny, combative, gripping. In 2006, she was invited to join a Flickr group called “365 Days,” where its members took and posted self-portraits every day for a year. Bloom figured she’d last a week. But she fed off the support and started to look at herself differently. Midway through Year Two, she began shooting herself amid the ruins of old buildings, as she’s pictured here.
“I was thinking a lot about aging at that point, or starting to, and starting to notice things about my own body that were changing,” she says. “It felt like an apt metaphor to use the abandoned spaces as, like, a reflection of my inner state, and then, eventually, my physical state.”
A couple years back, Bloom, still shooting daily, began framing her years with themes, for added purpose. This year’s: “Feminist Manifesto,” she says with a knowing laugh. She’s pairing black-and-white portraits with quotes from legendary feminists and, conversely, absurd comments made along the campaign trail. Should be no shortage of inspiration this summer.

When Jansen left The Fountain at The Four Seasons after more than two decades there, his mind was on his three kids, not another restaurant. He spent the next five years being a full-time dad, coaching his youngest daughter’s soccer and softball teams, making them dinner, describing it, in the end, as “the best decision I made.”
But a chef with Jansen’s pedigree—he entered the professional kitchen 35 years ago, at 14—was always going to return cooking. That time came last October, when he toured a rundown, 300-year-old stone building along Germantown Avenue, the latest in a long list of potential restaurant sites. But this one held his attention. It’s close enough to his Chestnut Hill home that his daughter comes around most days to do her homework upstairs, at the charcuterie, cheese and raw bar. And his son works there. (His oldest daughter’s a college sophomore.)
Jansen always claimed ownership of The Fountain, but he was never able to make it truly his own, not like this. But it’s still hard to tell, naturally, where The Fountain ends and Jansen, the restaurant, begins—the perfectionist, French-based cooking techniques, the hyper-attentive service. The white tablecloths are still pronounced, too, but the formality’s been shed. And the menu’s more agile, though hardly cutting-edge. Jansen may have been away for a while, but he hasn’t forgotten who he is. “I don’t do foams,” he says. “I do good sauces, good soups. I cook fish properly.” 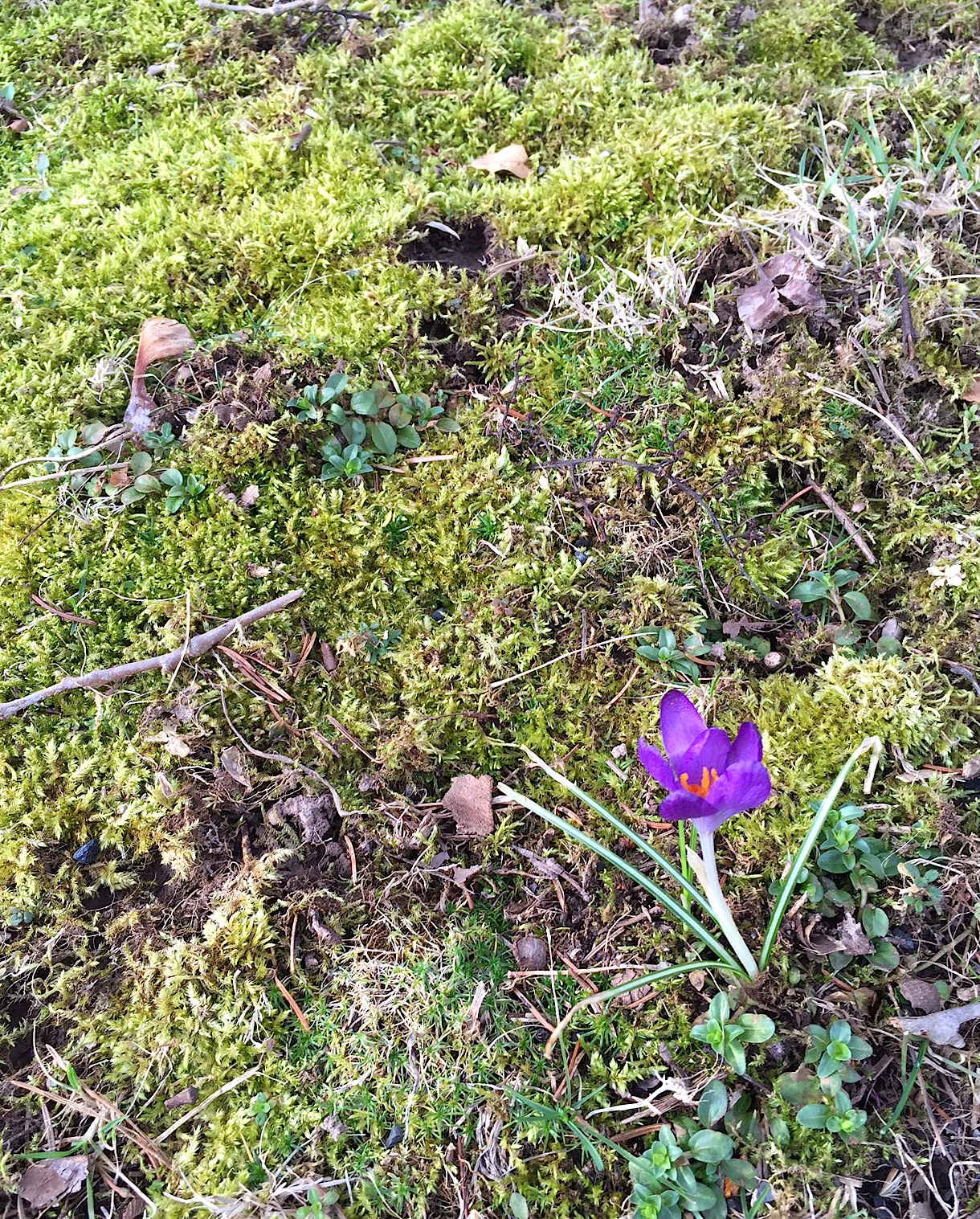 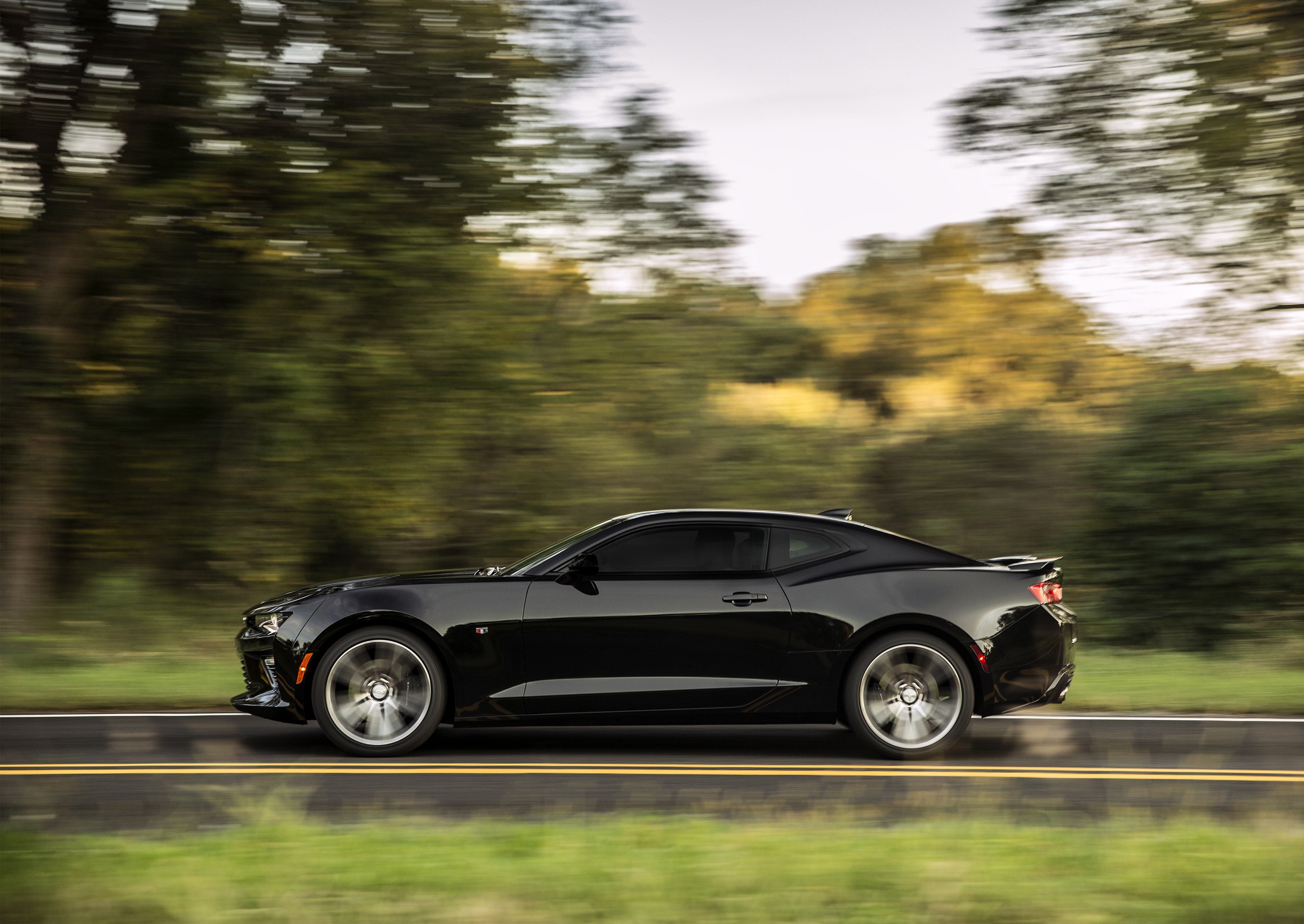 Back in Black (Tie) 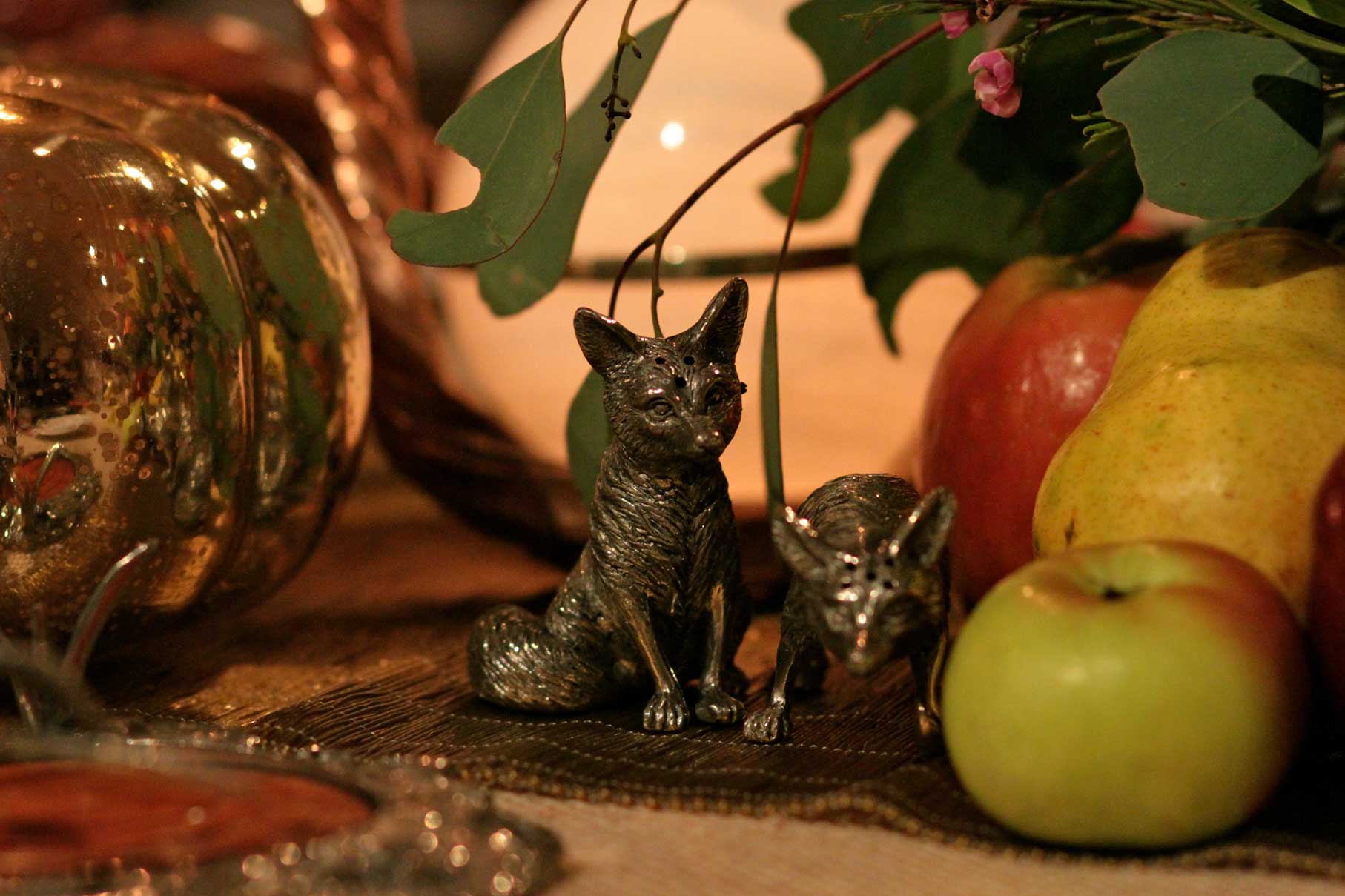 The Anatomy of a Holiday Table Setting 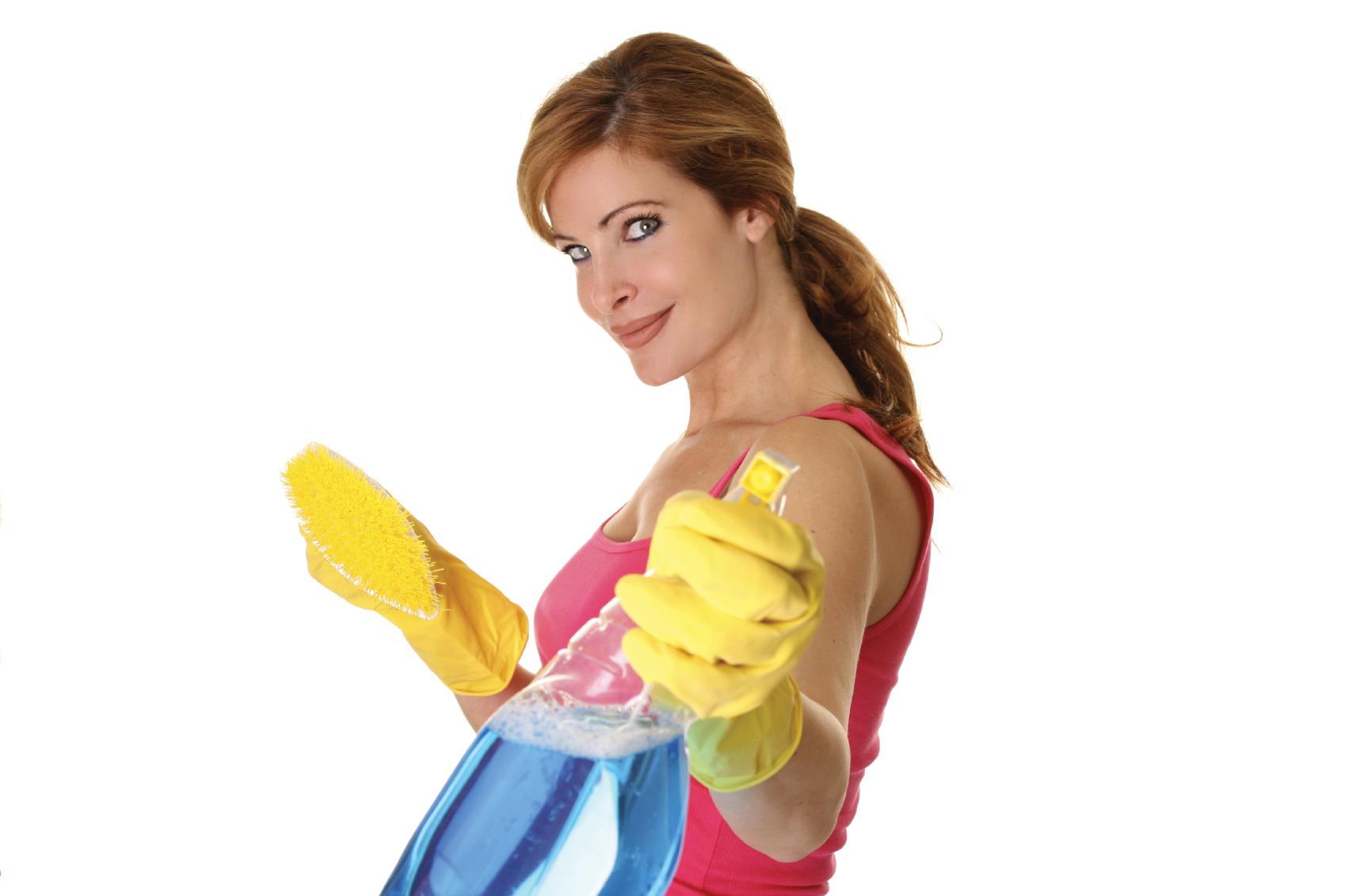